WA Labor Center > Know Your Rights > Your Right to Organize

Your Right to Organize

Your Right to Organize

* This information sheet is provided as a resource for general education and is not provided for the purpose of giving legal advice of any kind.

A Voice on the Job Leads to a Better Job. When workers stand together they are more likely to win improvements and protections at work. Having a legally established union means that the employer is REQUIRED to negotiate a written agreement about the terms and conditions of your job – that includes wages, benefits, and much more. But even without a union, when working people act together they can create the power they need to have a collective voice on the job.

5.1 Federal Protections to Organize a Union 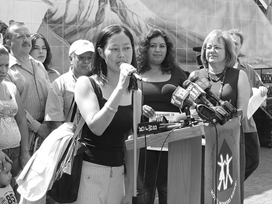 The National Labor Relations Act protects the basic right to take action with coworkers to improve wages and working conditions in the private sector. This is called “concerted activity.” The National Labor Relations Act protects most private sector workers’ right to organize a union and collectively bargain with their employers.

As a worker covered by the National Labor Relations Act, you have the right to:

It is against the law for your employer to:

Who Is Not Covered by The National Labor Relations Act?

The National Labor Relations Act does not apply to farm workers, domestic workers, public sector workers (federal, state, county, and municipal employees), true independent contractors (see: Am I an Employee?), supervisors or managers who can hire or fire people, and confidential employees.

What about public sector workers?

Workers in the railroad or airline industries are covered by the Railway Labor Act. For more information go to the website of the National Mediation Board (http://nmb.gov/).

Public Sector Workers: Most public sector workers do have the right to form unions under similar state and federal laws.

A union is a democratic organization of workers who join together to improve the terms and conditions of their employment by bargaining collectively (together) with their employer.

Why Have a Union?

The largest union benefit is having a stronger voice for employees on the job. Union members usually earn more than non-union workers doing similar work because they are able to bargain legally binding contracts (called collective bargaining agreements) with the employer. Union members also are more likely to have better employee benefits, including employer-provided healthcare, pensions, paid leave and job security.

Can My Union Protect Me from Being Fired?

In Washington State, workers not covered by a union contract are considered to be "at-will" employees. This means an employer can hire and fire you for any reason or no reason at all. There are exceptions—you cannot be hired or fired for discriminatory reasons (race, sex, national origin, etc.), in retaliation for defending your workplace rights, or for a limited set of other prohibited reasons (like whistleblowing).

Having a union usually means your employment is no longer “at-will”--an employer must prove that they have "just cause" (good reason) to fire you, suspend you, or otherwise punish you for misconduct.

I Want a Union! Where Do I Start?

A union organizing campaign is complex. Before beginning you should seek out resources and people who can help you. See the end of this chapter for some suggestions. Before starting you should consider the following things:

Some workers, including agricultural workers, domestic workers, and independent contractors do not have a legal right to collective bargaining, but they can still organize to improve their working conditions. They can form workers’ organizations that look out for their well-being.

The steps to form a workers’ organization that represents your interests are the same whether or not you have a legal right to collective bargaining.

Some groups are excluded from federal labor union laws, including public-sector employees (employees of state, federal and local governments and their sub-divisions), agricultural and domestic workers, independent contractors, workers employed by a parent or spouse, employees of air and rail carriers covered by the Railway Labor Act, and supervisors.

Am I an employee?

See Chapter 8 Am I an Employee? to determine if you have been misclassified as an independent contractor. 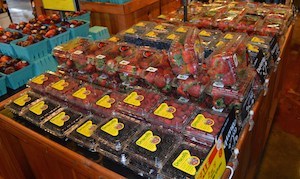 Familias Unidas por La Justicia, an independent union of Northwest Washington farmworkers, now has a contract with Sakuma Farms, a major Washington fruit grower, to produce berries for the Driscoll food brand. The contract ended a boycott campaign, and resulted in raising wages and providing union protections against unfair discipline for 200 workers.  It’s exceedingly rare for farmworkers to be covered by a union contract, and there are only one or two other farmworker union contracts in the state of Washington.

Please complete the following so we can let you know what we can offer to help, you as a worker.